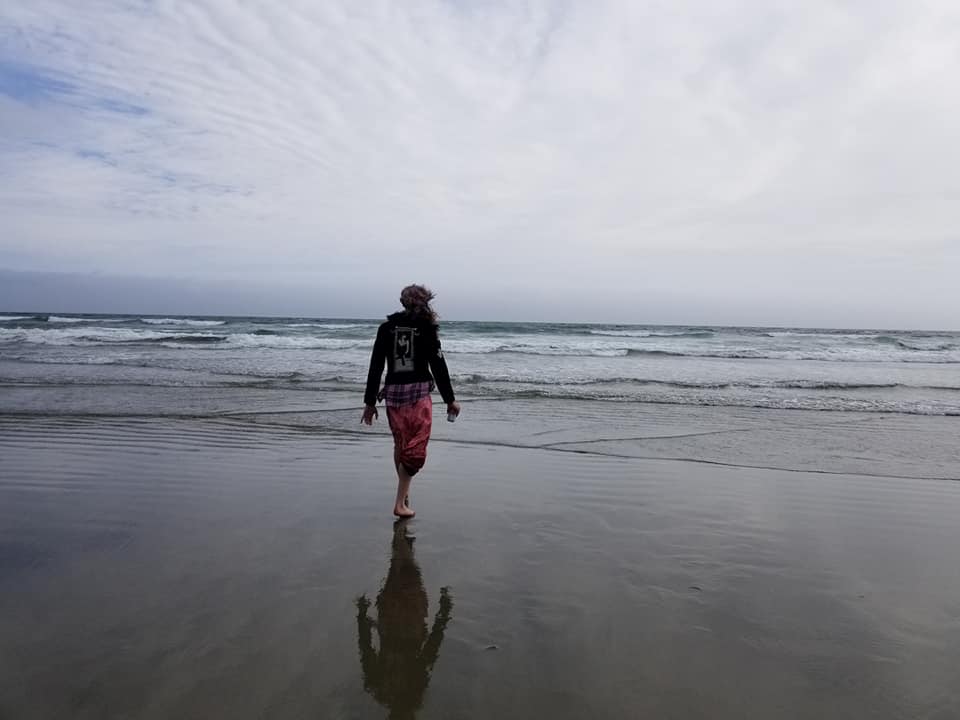 A week and a half on the road, three shows in three cities, one workshop, two cheap flights, lots of cheap takeout, one nasty case of hayfever, one box of benadryl, and multiple friends beds and couches, for very little money. All of this equates to one hell of a good time.

I landed in Vancouver a day after Verses Festival of Words, the biggest individual poetry slam competition in Canada and I missed it. I have tried competing for Saskatoon’s spot at CIPS (Canadian Individual Poetry Slam) for three years now and have yet to succeed at it, but you have to beat some damn good poets to take that spot and the ones who took it these last few years damn well deserved it. I wasn’t in Van for Verses though, I was there for my first ever big city poetry feature. Three years since I started this journey at a poetry slam in Saskatoon with a couple of hastily written poems in my back pocket and here I was headlining one of the biggest weekly Poetry Slams in Canada.

How did I get here? Well, I flew, but my imposter syndrome flew in with me. Still, it did me good to see Sammy Bassam Emceeing for the evening and reminiscing about meeting them on their first tour and half years ago when I was relatively fresh and just got booked for my first feature at Regina Word Up, as well as the infamous pineapple pizza incident of CFSW 2017 in Peterborough. I remember them looking me in the eye and saying that they could see me touring in a couple of years. That blew my mind, but I also felt challenged, so being the insane fool that I am after two trips to CFSW as a member of the Saskatoon Poetry Slam Team I managed to book a short tour around Western Canada. VanSlam, Tongues of Fire in Victoria and Breath in Poetry in Edmonton. Not exactly a huge money maker, but I managed to pay for it via my words, not bad for a brokeass Trans woman who struggles to make rent.  Damn though, it felt good to share my own brand of queer as fuck prairie poetry on the West coast in Van City, the city with no chill, yet they have their shit together and people don’t get in your business like they do in the prairie.

I am incredibly thankful for the friends in the Vancouver poetry community that made sure I was taken care of in spite of being burnt out from Verses, mad props to Hal Lackie and Sammy Bassam for making me feel at home, Tawahum for kicking ass at the slam with their awesome poem about getting fucked around by the pharmacare system and Gabe Benes for showing up as a friend from my hometown. Vancouver can be intimidating, but I really enjoyed the opportunity to share my words at Cafe Deux Soliex and as Sammy said to me after that first show of the tour. “This is only the beginning…”